Good food is often a sensory experience of the most exalted sort, and truly good food might even have the ability to take you to another plane of reality. At least that’s what style icon Kiko Mizuhara undergoes in this fashion film titled “Strange Desires,” shot by Catalan director Albert Moya and styled by fashion director Erika Kurihara. Set on a rainy Tokyo day in a 17th century teahouse in the grounds of the Tokyo National Museum, the film was heavily inspired by the cult 1985 “ramen western” film Tampopo, and sees the Instagram megastar chance upon an otherworldly bowl of tonkotsu ramen while seeking shelter, thus embarking on a hallucinatory journey into herself upon the first slurp. Shot for Amuse, the film is accompanied by an interview with Kiko on her favorite haunts in Tokyo, which you can find below.

Where was your most recent adventure?
I went to Oahu, Hawaii for my birthday last month. It was my fourth time, but this time my friends secretly flew over to Hawaii and organized a birthday party without telling me anything! It was an amazing moment with great music, drinks and dearest friends. Of course beaches in Hawaii were so beautiful. But I will never forget this special Hawaii trip – such great vibes.

As your film for Amuse is all about the pleasures of food… Where is your favourite place for ramen in Tokyo, and what kind of ramen?
Kamukura in Shibuya, which has a soy-sauce based, Osaka style ramen. It’s quite light and simply delicious with lots of Chinese cabbages.

Where is your favourite place to take someone on a date in Tokyo?
There is one sukiyaki restaurant which I take people to. But the name is highly confidential!

What food do you avoid?
I don’t eat mackerel sushi.

What can’t you live without?
My cats!

As you work closely with so many fashion designers, are there any shops or designers in Japan we should look out for when we next visit?
You can find lots of great vintage stores at Tonchan-Dori street in Harajuku, Tokyo.

And as we found quite the hidden gem for the film’s location – do you have a secret place where you go to unwind in Tokyo?
The Komazawa Olympic Park, simply because it’s beautiful.

We’ve titled the film “Strange Desires­” – please could you tell us your strangest, guiltiest pleasures?
When I feel nervous about something and I can’t sleep, I just go out at night and have fun even if I have a work from early morning next day.

How has your life changed since Instagram?
Lots of people can see me easily and instantly; my world has been widened. I’ve got more friends too!

How do people misunderstand you?
People think that I’m quiet or ‘cool’, but I’m actually very cheerful.

What is your favourite karaoke song?
Plastic Love by Mariya Takeuchi and L-O-V-E by Nat King Cole.

What have you learnt about acting — and yourself — since your debut in Norwegian Wood?
Acting is not easy, so I still don’t know what I have ‘learnt’… But I guess the most important thing to be a good actress is to live your life, experience a lot and enrich your mind.

You have starred in lots of big Japanese TV productions. Is there a Western or American TV series you would have loved to have starred in? And if so, which character would you play?
I want Sex and the City to do a Tokyo version, and I’d want to play Charlotte or Miranda! 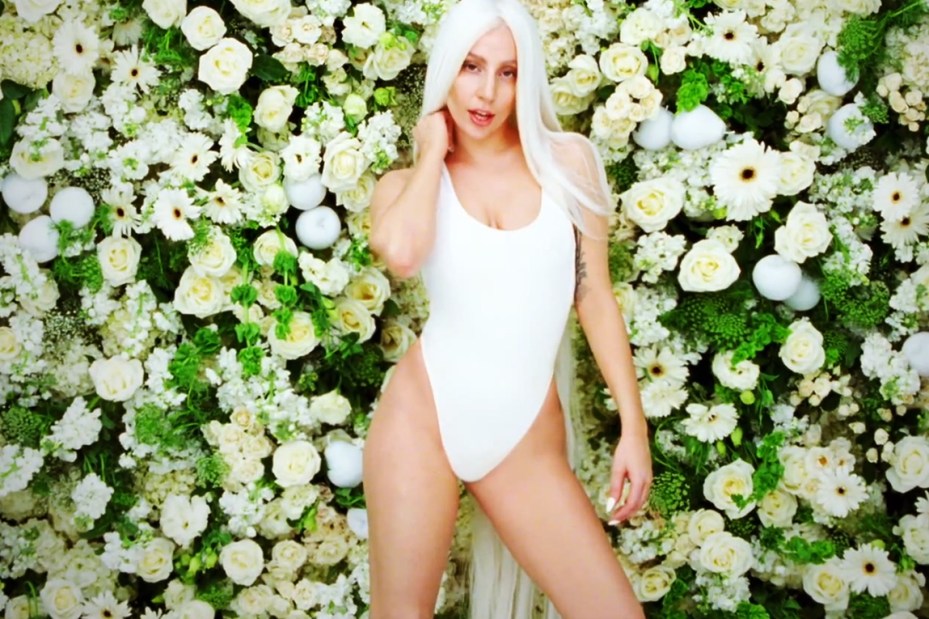 Following the release of her third studio effort ARTPOP, Lady Gaga delivers the visuals to hit single “G.U.Y.” (Girl Under You). Nothing short of a cinematic extravaganza, the release comes as part of the superstar’s ARTPOP film series. Clocking in at seven minutes, the visuals were filmed over six days at San Simeon’s Hearst Castle and makes references to Greek mythology in a fantasia of scantily clad dancers and synchronized swimmers. With cameos from Bravo‘s Andy Cohen and cast members from The Real Housewives of Beverly Hills, check out the whimsical music video directed by Lady Gaga herself and keep your eye out for more releases from ARTPOP.