The Container Store is officially opening in Nashville tomorrow, filling the much mourned hole that David Kidd left (one of the last major independent book sellers in the area) when they shut down earlier this year. I hope they have every cashier available, because I’m predicting that they’re going to need them.

In advance of their opening, folks from the store reached out to local bloggers to offer them a sneak peek of the store before they opened it to the public. Oddly enough, though I’ve lived within minutes of big cities like Boston and Baltimore (and traveled to a half dozen others with Container Store locations), I’ve never actually been inside one. So when they tweeted their invite, I jumped at the chance to see the store sans first weekend mob.

We were treated to a fantastic Lunch, an awesome grab bag of goodies, and yes, a tour around the store. The only bummer was that we couldn’t buy anything, although, maybe that was a good thing – I couldn’t walk down an isle without seeing something I could use. Must. Have. Self. Control. 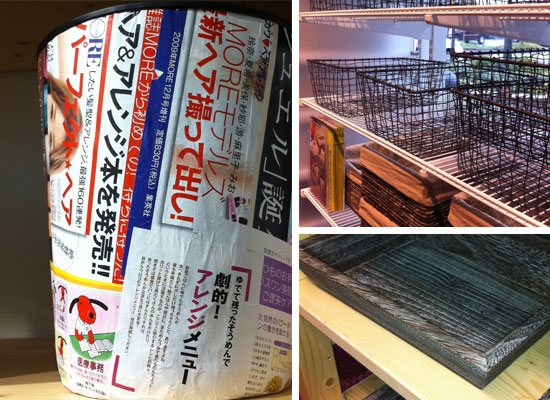 It was hard to pick favorites, but according to our intrepid tour guide, over 80% of the store’s stock is under $20, which makes me feel slightly less guilty about the trunk load of stuff I’ll no doubt be picking up.

If you’re in Nashville and planning to hold off until some of the opening weekend craze dies down, check out these other blogger’s write-ups of the pre-event.

Tags: Behind the Store